The Role Of Helmets In Protecting The Brain

During our last blog post, we learned the changes that occur within the brain on a cellular level following a concussion and how this affects healing. Today we’ll be discussing the different kinds of helmets available and how they work to help protect the brain during a collision. 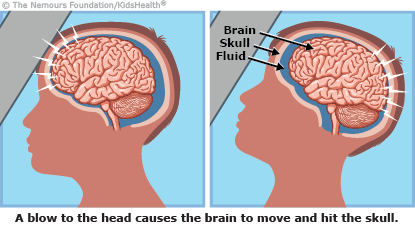 So how do helmets work?

One common misconception with respect to wearing a helmet is the idea that a helmet will prevent an individual from having a concussion during a high impact collision. Depending on the severity of impact, even with a helmet on, an individual can receive a traumatic brain injury.  Now, the role of a helmet is to reduce the acceleration of the skull during a collision, absorbing some of the forces being transferred to the brain on impact.  Thus decreasing the severity of damage to the brain on high impact collisions and helping to prevent concussions on lower impact collisions.

Are Rotational Dampening Systems such as MIPS and SPIN technology effective?

More traditional helmets were designed to help reduce the acceleration of the skull upon linear impact, meaning the impact is coming from one direction. However, what happens if you fall and hit your head at an oblique angle?  Rotational forces transferred to the brain upon impact can cause significant injuries for which a standard helmet does not accommodate.  Helmets with MIPS (Multi-directional Impact Protection System) and SPIN (Shearing Pad Inside) technology have a separate shell on the inside of the helmet that allows the outer shell to rotate upon an oblique impact. A study comparing the effectiveness of standard helmets vs. rotational dampening systems at reducing the rotational force transferred to the head found that the rotational dampening systems were more effective by 42% for MIPS and 54% for SPIN technologies at reducing the likelihood of sustaining a mild-moderate concussion based upon their Brain Injury Criterion.  These results indicate that the rotational dampening systems are effective in reducing the likelihood of sustaining a brain injury following impact. These systems are available in bike helmets and ski/snowboarding helmets for the time being, but may be an area of investigation for future implementation into helmets for other sports as well.

CONCUSSION: WHAT THE HECK IS IT REALLY?

PT360
3 min read
1275
While sports look very different today and unfortunately many seasons are canceled, we still are seeing concussions from recreational hobbies and activities. Many think for a concussion to occur, an individual must hit their head.  While this is true for an impact-related mechanism of injury, in which…
Trending Posts
BENEFITS OF TISSUE RELEASE BALLS FOR SELF MASSAGE & PAIN RELIEF
PT360
2 min read
ATHLETIC TRAINERS VS. STRENGTH & CONDITIONING SPECIALISTS
PT360
2 min read
CAN DRY NEEDLING HELP WITH SHOULDER PAIN?
PT360
3 min read
PREVENTING WINTER FALLS: TIPS & BALANCE EXERCISES
PT360
1 min read
DRY NEEDLING: WHAT'S ALL OF THE BUZZ?
PT360
3 min read
Connect With Us
info@pt360coop.com
About Us
PT360 was the collaborative genius of our legal team consisting of Steve McGowen and Mark Scribner; our financial team of one, George Beato; and the love, trust, and support of 12 members, families, and friends.
Read More
Extra Navigation
Classes
Preparing For Your Visit
Our Story
Testimonials
Partnerships & Outreach
Make A Payment
Blog
Specialized Rehab Equipment
Our Services
Aquatic Therapy
Athletic Training
Custom Orthotics
Massage Therapy
Orthopedics
Postural Restoration
Telehealth PT
Vestibular Rehabilitation
PT360 © 2022 | All Rights Reserved